Fruit juice expert Höllinger is known and beloved for its Styrian Apple Juice. The beverage brand with its Managing Director Gerhard Höllinger was investing and expanding. Since October 2021 they have enlarged the apple juice storage in Styria. Up to 1.8 million litres of apple juice can be stored in the new 50 storage tanks. Around 1.1 million euros have been invested. In the future, this will reduce the transport costs and save CO2 emissions.

In cooperation with Ribes Frucht & Saft KG, which is based in idyllic village of St. Stefan ob Stainz, the Styrian apple juice is produced entirely locally. The fresh fruit from the regional farmers is delivered directly to the production site and the yearly amount of the apple juice is pressed during the fall harvest. It is stored in the new tanks until bottling. This works perfectly for everyone involved, Höllinger, the Styrian farmers and the environment.

The project is financially supported by the European Agricultural Fund for Rural Development ("EAFRD"). 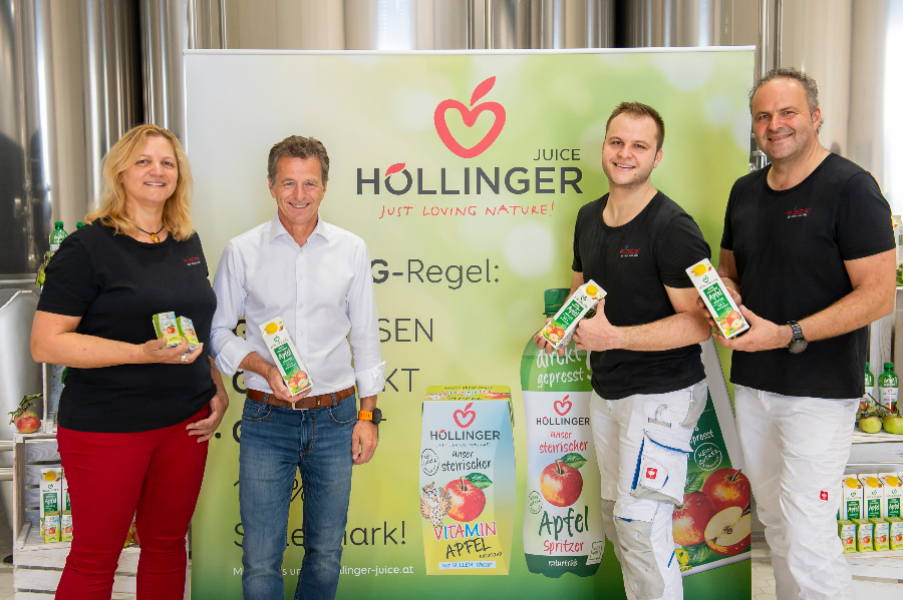 Supported by the federal government, federal provinces and the European Union.

Your opinion matters to us!

Feedback, suggestions or commendations are welcome.

We look forward to your feedback!

Feedback, suggestions or commendations are welcome.